Objective: We aimed to examine the associations between exposure to air pollution exposure and the outcomes of preterm birth (PTB), term low birth weight (TLBW), and small for gestational age.

Results: Compared with women in the lowest quartile of toluene exposure, those in the second lowest quartile showed a positive association with PTB (odds ratio = 1.35, 95% confidence interval: 1.12, 1.63). A piecewise logistic regression breakpoint analysis identified a cut point (identifying a change in the slope) of 0.36 μg/m3 for toluene and the risk of PTB. There was also some evidence to suggest an association between sulfur dioxide and TLBW.

Conclusions: This study provides some evidence to suggest that in an area of relatively low air pollution concentration, maternal exposure to some air pollutants may be associated with adverse birth outcomes. 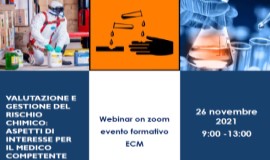